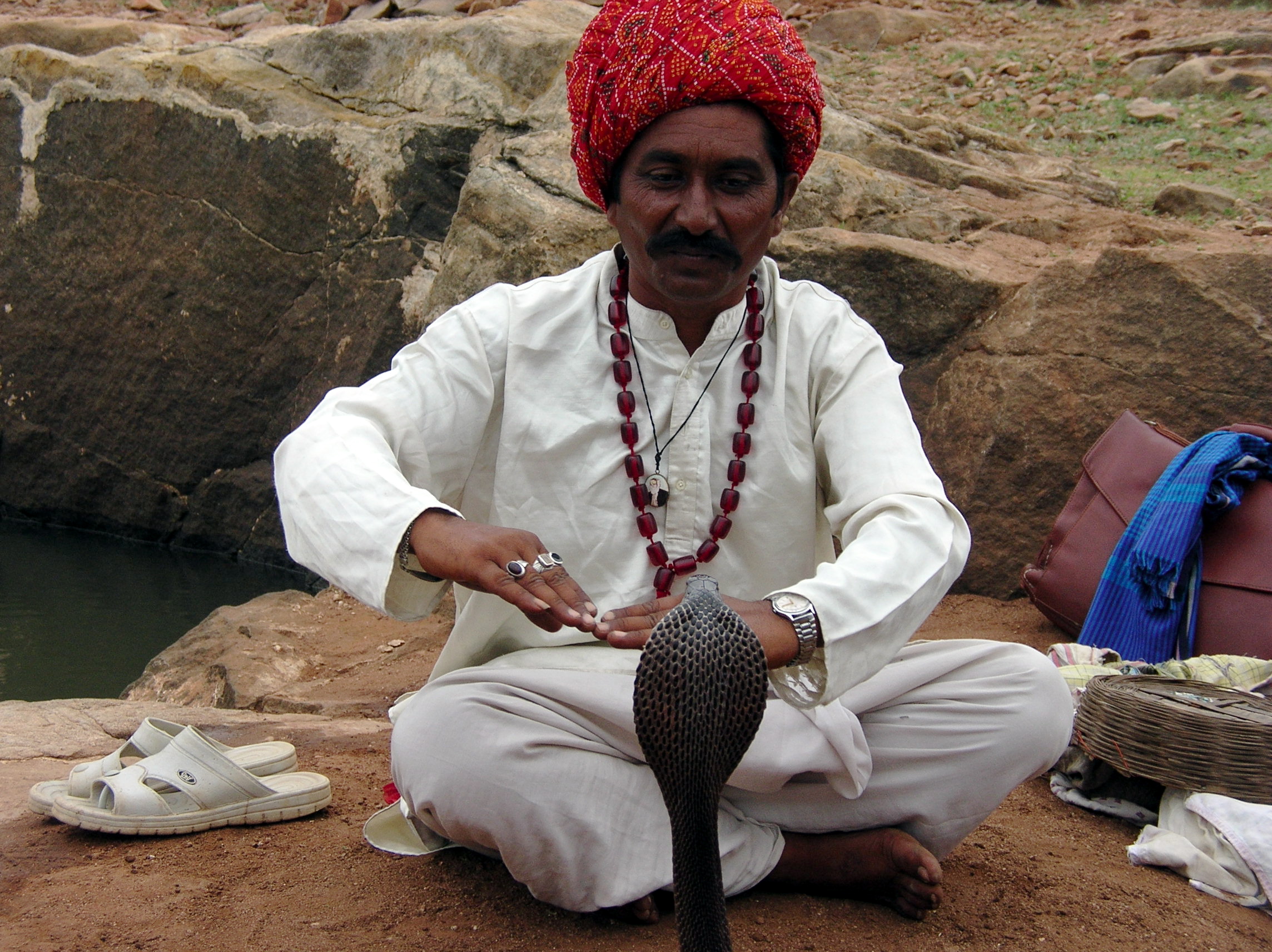 “The Snake Charmer” is a short ethnographic documentary outlining the family history and magical roots of a group of nomadic Rajasthani snake charmers, or Madari, living in rural Gujarat, northwest India.

These scenes were shot in the summer of 2005 on the outskirts of the town of Dhrangadhra, Gujarat. The Madari live in tents on the edge of town, in an enclave known as Vadipara, or “snake charmers’ alley.” Despite the abolition of the caste system after the establishment of the Republic of India in 1947, the snake charmers remain on the fringes of Hindu society; they belong to the “Madari Varna”, a sub-caste of the Untouchable caste.

This video was produced, directed, photographed, and edited by Alex Goldblum as part of coursework in the Visual Anthropology program of Temple University in Philadelphia, Pennsylvania, USA. The principal ethnographer on the project was Dr. Jayasinhji “Bapa” Jhala, a native-son of the Kingdom of Halvad-Dhrangadhra, in the modern Indian state of Gujarat.

Click here to purchase a copy of The Snake Charmer and Goldblum in Gujarat please contact Documentary Educational Resources.